Brexit - Is that it?

So it's finally Brexit Day. After many repeated delays and false starts, Brexit is here!

What's that? You've just posted that the sun is shining and the birds are singing?

Oh I see, you're happy that we're not in some apocalyptic doom. Brexit was supposed to cause the earth to split open and a literal hell on earth was about to envelop us all for a thousand years! Turns out, no, that didn't happen.

So what? Is that it? Is that all you've got to show for three years of dragging our country through the grinder?

"No age is too early nor too late for the health of the soul."
-- Epicurus, Letter to Menoeceus.

First of all, this isn't Brexit.

We're in the transitional period laid out by the Withdrawal Agreement. Until we leave this period, everything pretty much stays the same.

So not only have we lost our leverage, we get to follow all of the rules of the European Union without having any say in them. If that seems like something worth celebrating, I'm not going to stop you. (I might think you're a bit weird though.)

Let's wait until (if) we're out of the transitional period and are actually out of the EU, not just from a legal point of view. We'll talk then. 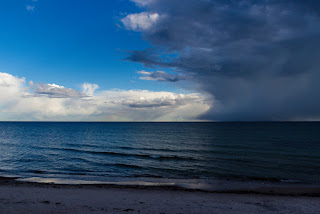 "The just man is most free from disturbance, while the unjust is full of the utmost disturbance."
-- Epicurus, Sovereign Maxims #17.

Oh yes. There was going to be World War III if we voted for Brexit.

(Let's leave Iran to one side for a moment.)

David Cameron is normally credited with saying this, but he never actually said that. (And I hate the idea of defending the idiot that got us into this stupid mess in the first place.) The idea stems from a speech he made in May 2016, where he spoke of the EU bringing peace to a warring continent.

That's a long way from claiming Brexit would cause World War III, so I hope you'll excuse me if I take such notions with a significant amount of salt.

Even if that were true, the remain campaign lost (as Brexiters are so eager to remind me) so it doesn't really matter what they said. Let's talk about what the winning party promised and if Brexit is living up to that promise. 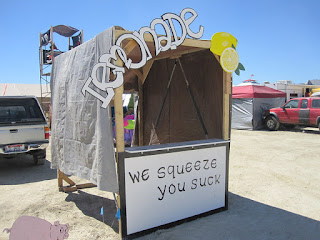 Why are we here?

"Reality is that which, when you stop believing in it, doesn't go away."
-- Philip K. Dick.

Please don't go around proclaiming lack-of-hell as if it were a benefit of Brexit. It really isn't. Would we be facing a hellish doom if we had stayed in the European Union? No. The sun would still be shining and birds would still be singing.

To be a benefit of Brexit, it would have to be:
😃Something so good or desirable that it realistically outweighs the drawbacks.
🥺Something that we can't have as members of the EU.
😝Something we can have outside of the EU.

Let's put on our reality hats and please tell me what realistic benefits of Brexit are. Tell me that instead of glib comments about the weather. 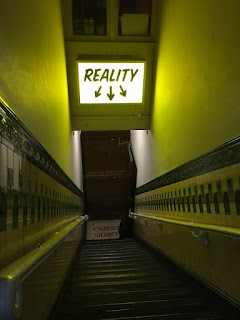 Credits:
📷 Tynemouth Priory, Castle & Moat by "WISEBUYS21".
📷 Where good and bad weather meet by Susanne Nilsson
📷 Lemonade Stand by John Mosbaugh
📷 Back to reality by Mike Carter.
👍 Thanks to my friends Maja and Simon and the members of "The 48%" group for their help.

Email ThisBlogThis!Share to TwitterShare to FacebookShare to Pinterest
Labels: Brexit