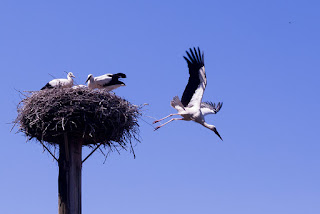 We Elect People, not Parties...

“These are things utterly unknown to the laws of this land, and which arise from a fundamental mistake of the whole order and tenor of our constitution.” – Edmund Burke, 1774.

In the Westminster system, we vote for people. We don't vote for parties.

It might not seem that way, given how much of campaigns at election time are for the various political parties rather than for the individual candidates. Nonetheless, at the completion of an election, the end result is that a person will have been elected to serve as MP. That MP is an individual who has been empowered by the voters to be their representative in Parliament for the term they were elected for.

If it were the case that we do actually elect political parties, we shouldn't need a by-election when an MP needs to be replaced. The party could simply select a replacement internally without needing to involve the electorate. This shouldn't be a problem, after all, the voters elected that party for a five year term, not the MP.

In fact, why not just give parties the power to dismiss and replace their MPs at will? If a party leader doesn't like how an MP is acting, they can tell that MP “You're Fired” and appoint a replacement. If that idea seems like an undemocratic stitch-up, I quite agree. (This is also a reason why I prefer AV over PR, but that's another article.)

Currently, the only thing that can force a by-election for an MP who doesn't want one is if that MP is convicted of a crime and enough constituents demand a “recall”. Is leaving a political party really up there with being a convicted criminal?

“It has long (perhaps throughout the entire duration of British freedom) been a common form of speech, that if a good despot could be insured, despotic monarchy would be the best form of government. I look upon this as a radical and most pernicious misconception of what good government is, which, until it can be got rid of, will fatally vitiate all our speculations on government.” – John Stuart Mill, 1861.

It's a good thing that we elect people instead of the parties. MPs are elected and empowered to make the difficult decisions and be held responsible for them. That is the essence of Parliamentary Democracy. By so empowering MPs, they become one of the checks-and-balances. A party leader can't overrule the objections of other MPs, precisely because dissenting MPs are so empowered. Those MPs know they will be held accountable to their voters, not to anyone else. 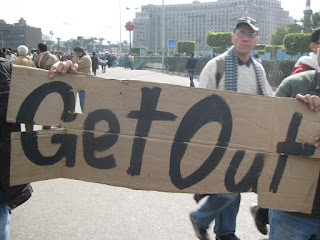 Recently (as I write this in 2019), an unelected Prime Minister wished to bulldoze his Brexit policy through Parliament. MPs did the job they were elected to do and said “No”. That Prime Minister saw first-hand what happens when you try to throw your weight around like King Charles. He found himself restrained by the very checks and balances that exist in functioning democracies.

(I stand by “unelected”. As I write this, Boris Johnson has neither been elected by the voters at large nor by their representatives in Parliament. His predecessor, Theresa May, became Prime Minister while her party held a comfortable majority in Parliament and later won a vote of confidence of MPs. I would have liked to have seen a formal vote of MPs to elect a new Prime Minister when the position becomes vacant, but I accept in her case that would have been a formality.)

If we move the focus of that empowerment to the parties, those MPs will find themselves accountable to their party, not to the voters. We'll have reduced the role of an MP to mere party functionary. If an MP's first loyalty is to their party rather than their voters, we'll have just populated Parliament with a bunch of toadying yes-men. We wouldn't even need 600-odd MPs if all you need are party robots, you could get by with around 50.

What would we gain if MPs did have to contest a by-election for leaving their party. There's a general election every five years when they will have to be re-elected anyway. When that re-election comes around they will find themselves facing someone selected by their old party. Party leaders are already rather powerful, they could do with feeling not quite so powerful once in a while.

Further Reading/Sources:
Edmund Burke, Speech to the electors of Bristol.
John Stuart Mill, Considerations on Representative Government
How MPs are elected
How to become an MP
Wikipedia, Recall of MPs Act, 2015
The Guardian, Boris Johnson to seek election after rebel Tories deliver Commons defeat
i, From 'do or die' to 'dying in a ditch,'
BBC, May's government survives no-confidence vote

Credits:
Thanks to Stuart Edmond for inspiring me to write this.
Thanks to Ollie Killingback and Andrew Phillips-Godfrey for their feedback and ideas.
Leaving Home picture by Hans Splinter.
Get Out picture by Ramy Raoof.