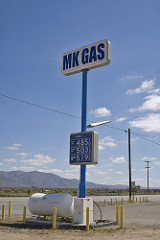 A little while ago, I wrote a post on Facebook complaining that my new car's fuel efficiency gauge was expressed in miles per gallon. "What's a gallon?" I asked.

Over here in England, fuel has been sold by the litre for decades. Gallons are an archaic unit which no-one under 40 has ever had to deal with. 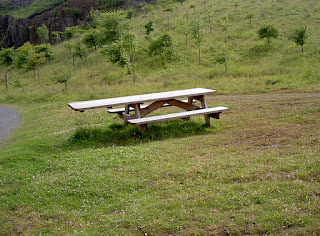 "They went metric without telling us!"

"The car was made for the English market - It'll be the gallon that's used in England."

But we don't use gallons in England and we're back where we started. It could just as easily be argued that it probably uses the American gallon because that is the only unit called a "gallon" that is still in active use in 2019 and you can't say that about the imperial gallon. (Unless maybe Liberia or Myanmar still uses it.)

But this all misses the point. The gallon has inserted itself into the process quite unnecessarily. The car's electronics already tracks fuel levels in litres and would have to perform a calculation in order to show me fuel efficiency in gallons. That leaves me having to perform the opposite calculation to get the figure back into litres again. If the car designers had stuck with litres and didn't bother with pointless calculations, we'd all be a lot happier.

#OnThisDay 1978: The British public were not impressed at the prospect of switching from miles to kilometres. pic.twitter.com/ubieUxCuuJ

"But Bill, you want to measure fuel efficiency in miles per litre, but why not kilometres per litre?"

While England have moved on from gallons, we remain tied to miles, regretfully. Speed limit signs are in miles per hour, as are the big numbers in my car's dashboard. I would love it if we joined the rest of the world and completed metrication. Our painless move from gallons shows we can do it.

Imagine if a filling station got it in their heads to start selling fuel by the gallon, as if it fell through a time vortex. Anyone stopping at that station is only going to ask "What's that in litres?". Most people would drive on, looking for a filling station that isn't weird.

Our move to litres is a success story for England. We can make the switch. We barely noticed when food and drinks (other than in pubs) started being sold by the kilogram or litre. We got used to it as we joined the rest of the world. A few people grumbled but the rest of got on with our lives. Switching to kilometres on the road will be the same.

Email ThisBlogThis!Share to TwitterShare to FacebookShare to Pinterest
Labels: Metric